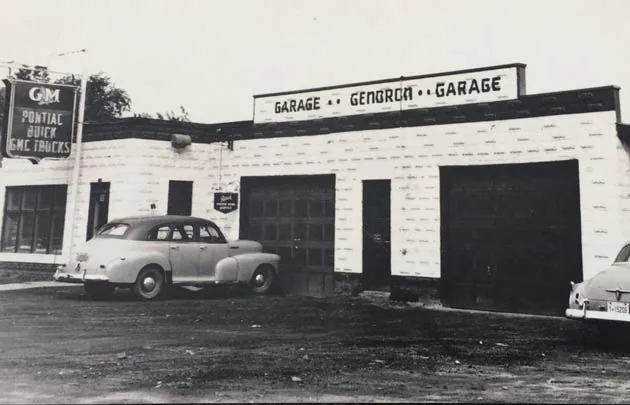 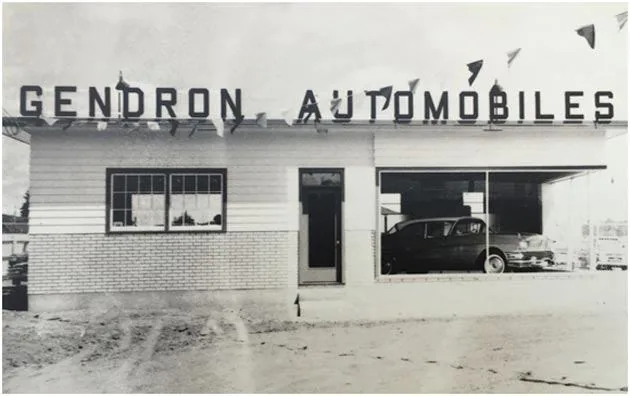 1958: Joseph Edgard Gendron erects the foundations of a second garage on Desjardins Boulevard, still in Maniwaki. At that time, the new garage offered its customers a showroom for the sale of new vehicles, a washing area, a location for greasing and oil changes as well as the sale of gasoline.

1966: J.E Gendron's son, Robert Gendron, becomes president of the company and a new structure is added to the current garage to transfer the old garage on Notre-Dame Street to it.

1979: Expansion of the showroom, and addition of a body shop and a repair shop for heavy trucks. Interior and exterior renovations to the secondary building give birth to the Truck Center.

1987: Expansion of the body shop and development of a landing stage for parts, as well as facilities to receive two 80-foot trucks with trailers.

1997: Addition of a pit for the inspection of vehicles weighing 3000 kg and more at the Gendron Springs department.

2005: Denis Gendron succeeds his father, Robert Gendron, and becomes the title dealer. In order to comply with the requirements of the manufacturer GM, which standardizes the dealerships, the IMAGE 2000 work, valued at $1M, is undertaken. The showroom is rebuilt with a larger area spread over two floors and changes are also made to the entire establishment.

2009: After three generations of business relationship with GM, the J.E Gendron garage must change banner. Thus began the activities of Gendron Chrysler Jeep Dodge with the purchase of the Chrysler dealership operated by Maurice Marinier and his son, Michel.

Today: Gendron Chrysler Jeep Dodge in Maniwaki is a well-established company strongly committed to its community, recognized by its customers for the excellence of its services and the dynamism of its team, and hailed as an important player in the economy. regionally by the business community.